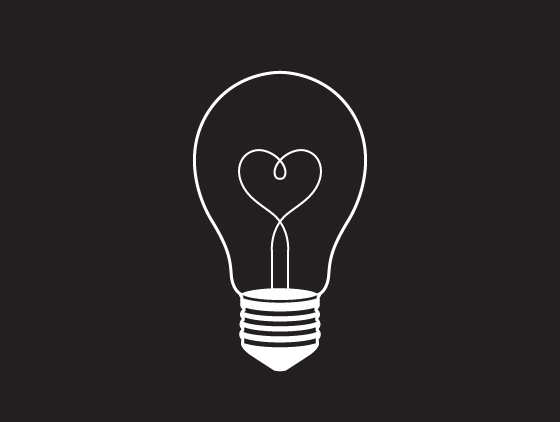 Lets be honest, each one of us believes that our ideas are the best. We fall in love with our own ideas so deeply that most of the times we’re open to any solution, as long as it’s ours. Dan Ariely, author of Predictably Irrational and The Upside of Irrationality calls it ‘The Not-Invented-Here bias’.

‘The Not-Invented-Here Bias’ is basically this: ‘If I (or we) didn’t invent it, then it’s not worth much.’

One may argue that it is good to be attached to our ideas as it could motivate us and create a higher level of commitment. But it comes with its side effects. One example is of Thomas Edison, the inventor of the lightbulb. He fell hard for direct current (DC) electricity. At that point in time Nikola Tesla developed alternating current (AC) electricity under the supervision of Edison, but Edison dismissed Tesla’s ideas as ‘splendid, but utterly impractical’.  Despite all of Edison’s efforts to foil it, AC eventually prevailed.

Sony is another example. Sony invented the transistor radio, the Walkman, the Trinitron Tube and many other successful inventions. But after a series of successful ones, Sony engineers began suffering from ‘The Not-Invented-Here Bias’. If something wasn’t invented at Sony, the engineers wanted nothing to do with it. iPod and Xbox were ‘outside’ ideas and therefore not considered as good as Sony’s ideas. We all know the consequences.

Acronyms (OAT, ECT, BCT, etc) that blossom inside companies are another example. Dan Ariely says ‘though they are a shorthand to talk about an idea, they confer a kind of secret insider knowledge. They tend to increase the perceived importance of the idea, and at the same time they keep other ideas from entering the inner circle.’

But like many findings in behavioural economics, this too, can be made useful. One example of its usefulness can be demonstrated in how Pillsbury made its instant cake mixes. When instant mixes were introduced in the US years back, housewives had to simply add water to make the cake. The mixes didn’t go down too well with housewives. So Pillsbury left out the dried eggs and required women to add fresh ones, along with milk and oil, to the mix and the sales took off. For housewives, adding eggs and other ingredients, gave a sense of ownership and pride and made them feel it was made by them. I’m sure each one also felt that their cake was better than the ones made by others.