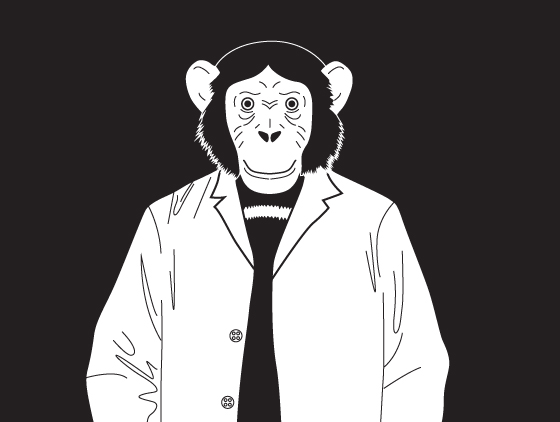 We feel confident when we wear good clothes, and may be not that confident when wearing clothes we feel not good enough. Seems intuitive. But did you know that if you wear a white coat that you believe belongs to a doctor, your ability to pay attention increases sharply. While if you wear the same white coat believing it belongs to a painter, you will show no such improvement.

Dr. Adam Galinsky, a professor at Kellogg School of Management at Northwestern University and his colleague Hoja Adam call this phenomenon ‘enclothed cognition’ to describe the systematic influence that clothes have on the wearer’s psychological processes. That’s a play off the term ‘embodied cognition’, a line of research that examines the ways bodily sensations influence our thoughts and emotions.

As a test of the ‘enclothed cognition’ perspective, their research explored the effects of wearing a lab coat on ordinary people. They had to look at two very similar pictures side by side on a screen and spot four minor differences. It was found that attention (finding more number of differences) did not increase when the coat was not worn or associated with a painter. Attention only increased when the coat was a) worn and b) associated with a doctor. The effect occurs only if you actually wear the coat and know its symbolic meaning — physicians tend to be careful, rigorous and good at paying attention.

“There is a huge body of work on embodied cognition”, says Dr. Galinsky. “The experience of washing your hands is associated with moral purity and ethical judgments. People rate others personally warmer if they hold a hot drink in their hand, and colder if they hold an iced drink. Other experiments have shown that women who dress in a masculine fashion during a job interview are more likely to be hired, and a teaching assistant who wears formal clothes is perceived as more intelligent than one who dresses more casually.”