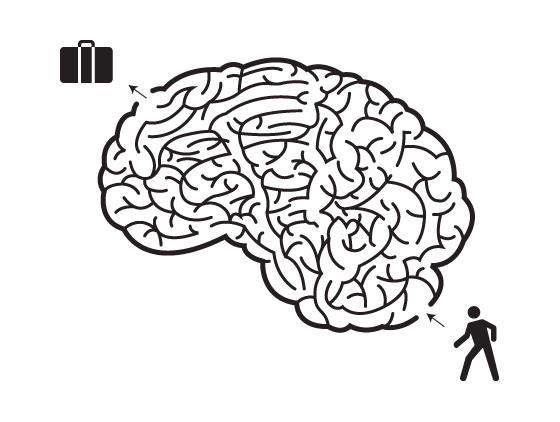 Waiting in queues can elicit powerful emotions in us. Stress. Boredom. The nagging sensation that one’s life is slipping away. And of course we believe that the other line moves faster. While losing to the line at our left, drives us to despair, winning the race against the one to our right, does little to lift our spirits. We almost always fixate on the line we’re losing to and rarely the one we’re beating.

All of this makes for a lasting impression on your customers’ perception about your brand if you’re a hypermarket or a bank or an airline or any business whose business it is to serve people. So how does one tackle it?

Some years ago, executives at a Houston airport faced a troubling customer-relations issue. Passengers were lodging an inordinate number of complaints about the long waits at baggage claim. In response, the executives increased the number of baggage handlers working that shift. The plan worked: the average wait fell to eight minutes, well within industry benchmarks. But the complaints persisted.

Puzzled, the airport executives undertook a more careful, on-site analysis. They found that it took passengers a minute to walk from their arrival gates to baggage claim and seven more minutes to get their bags. Roughly 88 percent of their time, in other words, was spent standing around waiting for their bags.

So the airport decided on a new approach: instead of reducing wait times, it moved the arrival gates away from the main terminal and routed bags to the outermost carousel. Passengers now had to walk six times longer to get their bags. Complaints dropped to near zero!

Occupied time (walking to baggage claim) feels shorter than unoccupied time (standing at the carousel). “Often the psychology of queuing is more important than the statistics of the wait itself,” says, M.I.T. operations researcher Richard Larson, considered to be the world’s foremost expert on lines.

Our expectations further affect how we feel about lines. Beating expectations buoys our mood. All else being equal, people who wait less than they anticipated, leave happier than those who wait longer than expected. This is why Disney, the universally acknowledged master of applied queuing psychology, overestimates wait times for rides, so that its guests (never customers, always guests) are pleasantly surprised when they ascend ‘Space Mountain’ ahead of schedule.

This is a powerful ploy because our memories of a queuing experience, are strongly influenced by the final moments, according to research conducted by Ziv Carmon, a professor of marketing at the business school Insead and the nobel-winning behavioral economist Daniel Kahneman. When a long wait ends on a happy note, we tend to look back on it positively, even if we were miserable much of the time. Conversely, if negative emotions dominate in the final minutes, our retrospective audit of the process will skew toward cynicism, even if the experience as a whole was relatively painless.

But the biggest influence on our perception of queues has got to be ‘fairness’: what you feel when someone jumps the queue. If you haven’t faced a situation like this yet in India, where jumping the queue is a survival skill, you must be a celebrity. Ranbir Kapoor did it when I was first in line for the application of an international driving license. He assumed it was ok for celebrities to break queues. So he simply smiled, said sorry but guess what, it worked!

2 replies to “The surprising psychology of waiting in queues”