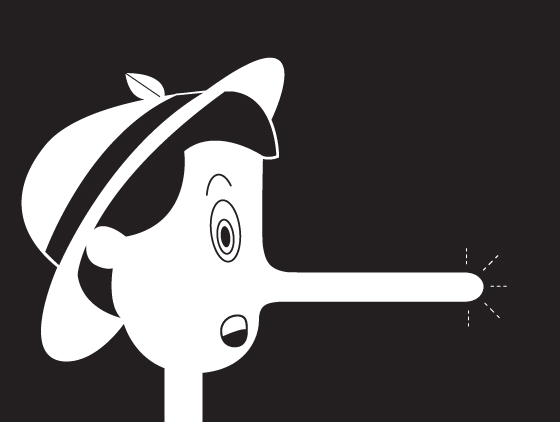 Some light reading on a Monday for a change.

You may have heard about the usual signs of how to spot when someone is lying, like liars tending to avoid eye contact or covering their mouths when talking or developing sweaty hands and faces or giving long and rambling answers to questions. Though intuitively appealing, it’s difficult to rely on these as proof, as these are also signs of nervousness and not necessarily proof for lying.

There is one scientific proof that can be relied with accuracy: Scientists at the Smell and Taste Treatment & Research Foundation found that when you lie, chemicals known as catecholamines are released, causing the tissue inside the nose to swell. Special imaging cameras showed that intentional lying causes an increase in blood pressure, which inflates the nose and causes the nerve endings in the nose to tingle, which makes you want to rub your nose briskly to get rid of the itch.

American neurologist Dr. Alan Hirsch and psychiatrist Charles Wolf did an extensive analysis of Bill Clinton’s testimony on his affair with Monica Lewinsky, and found that he touched his nose about 26 times when lying. Conversely, Bill Clinton did not touch his nose at all when he answered truthfully.

Hope you will use this knowledge with discretion. If you see us rubbing our noses in the meeting, it could be because we’re suffering from hay fever or cold.