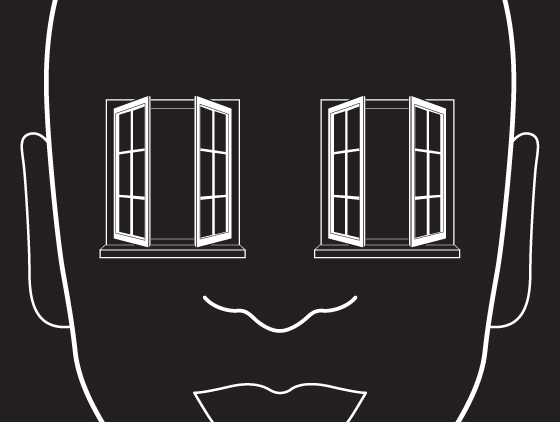 At some point in life we all have been advised to keep an open mind. Though we’re aware of its benefits, we often find ourselves having to make a conscious effort in doing so. We were wondering if we were the only ones who had to make such conscious efforts. So we got digging on it and chanced upon this interesting story.

During the last week of September 1973, Egyptian and Syrian armies began massing near the Israeli border. Artillery had been moved into offensive positions. Syrians concentrated their ant-aircraft missiles at the border. From the hills of Jerusalem, people could see black exhaust generated by thousands of tanks and the smoke was getting closer. Anwar Sadat, then the president of Egypt boldly declared that the destruction of Israel was worth the sacrifice of one million Egyptian soldiers.

Meanwhile in Israel, major general Eli Zeira, director of Aman, the Israeli military intelligence agency, dismissed the possibility of an Egyptian invasion. He believed that the Egyptian military build-up was a bluff, intended to shore up Sadat’s domestic support. On the morning of October 6, when Gold Meir, the prime minister of Israel convened a meeting with top military officials to assess the situation. Zeira told her they would not dare to attack, of that he was certain.

In the early afternoon of October 6, Egyptian and Syrian armies launched the attack on Israeli positions in the Golan Heights and Sinai Peninsula. Israeli army was taken by ‘surprise’. Egyptians tanks steamed across Sinai and captured key locations. Situation was direr in the Golan Heights. Israelis suffered heavy casualties. But the tide shifted by October 8 with newly arrived Israeli reinforcements. After intense fighting for days, the invasion was repelled. But it turned out that Israel’s military superiority was not a guarantee of safety as the country had almost been destroyed by an intelligence failure.

Why was the intelligence community so resistant to the idea of an attack? The answer pointed to Mossad and Aman’s influential theory of Arab strategy that they called ha-Konseptzia (the Concept). The Concept held that Egypt and Syria wouldn’t consider attacking Israel until 1975, at which point they would have an adequate number of fighter planes and pilots. The Concept also placed great faith in the Bar-Lev line, a series of defensive positions along the Suez Canal.

The Concept turned out to be completely wrong, because Egyptians were relied on their surface-to-air missiles to counter Israeli air forces, they didn’t need air planes. The Bar-lev line positions were mostly piled desert sand, moved by Egyptian military with pressured water cannons. But the Concept was deeply ingrained in the thinking of the Israeli intelligence.

As the psychologist Uri Bar-Joseph noted in his study of the Israeli intelligence failure, “The need for cognitive closure prompted leading analysts, especially Eli Zeira, to freeze on conventional wisdom that an attack was unlikely and to be impervious to information suggesting that it was actually imminent.”

It feels good to be certain. Confidence is comforting. The brain can analyze a problem from different angles, but that makes us insecure. Says Jonah Lehrer, author of Proust was a Neuroscientist and How we Decide, “When we analyze, we get into a indecisive disagreement within ourselves. Certainty imposes consensus on this inner cacophony. That’s why being sure is such a relief.”

But the way to counteract this bias for certainty is to encourage inner dissonance. We can take steps to prevent ourselves from shutting down our minds’ arguments too soon. Or we can create decision-making environments that help us better entertain competing hypotheses and keep our mind open atleast for sometime.