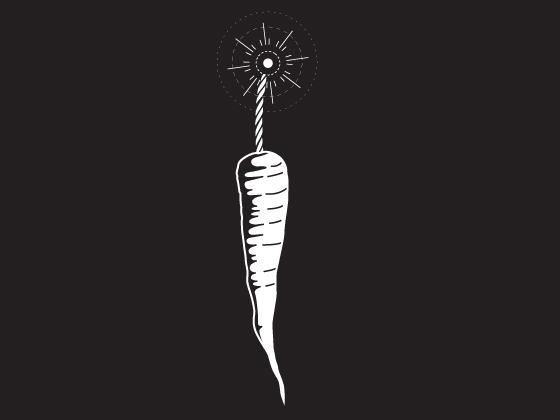 When we want to motivate people the most common thing to get is dangle a carrot in front of them. Rewards. Mostly monetary and some times non-monetary rewards. But by offering a reward we’re subconsciously giving a signal to employees that the task is actually undesirable. Because if the task were desirable, they wouldn’t need a prod. Here’s one such study that shows how extrinsic rewards kill intrinsic motivation.

Behavioural scientists Mark Lepper, David Greene and Robert Nisbett’s study – Undermining intrinsic interest with extrinsic rewards: A test of the overjustification hypothesis- Journal of Personality and Social Pyschology 28, no. 1: 129-37 (1979) is a classic and most cited in motivation literature. In their experiment, they divided children into three groups in their free play period. The first was the ‘expected award’ group. This group was shown a ‘Good Player’ certificate with a blue ribbon and the child’s name and was asked if they wanted to draw to receive the award. The second group was the ‘unexpected award’ group. Researchers asked children if they simply wanted to draw. If they decided to, when the session ended, the researchers handed each child a ‘Good Player’ certificate. The third group was the ‘no award’ group. Researchers asked children if they simply wanted to draw, but neither promised them a certificate at the beginning nor gave them one at the end.

Two weeks later researchers secretly observed students in the free play period. Children previously in the ‘unexpected award’ and ‘no award’ groups drew just as much, and with the same relish, as they had before the experiment. But children who were in the ‘expected award’ group who received the award, showed much less interest and spent much less time drawing. Even two weeks later, those contingent rewards – if you do this, then you’ll get that – had a negative effect.

This is one of the most robust findings in behavioural science. In 1999 Edward Deci and colleagues reanalyzed three decades of studies on the effect of extrinsic rewards on intrinsic motivation and came to the conclusion that tangible extrinsic rewards tend to have a substantially negative effect on intrinsic motivation. When institutions focus on short-term behaviour and opt for controlling people’s behaviour, they do considerable long-term damage.