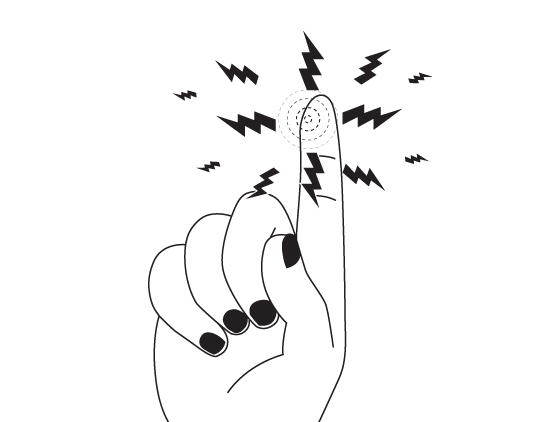 Continuing with the blogpost, translated in English ‘Haath laga ke dekh’ means ‘Try touching me’, used here in a challenging tone and manner. You’ll hear a lot of it at crowded places like railway stations, bus stops, inside trains and buses where people jostle for space and there’s an invariable brushing of elbows and shoulders. Leading to mock fights of the ‘Hungama’ Bollywood movie-type, where men challenge one another saying ‘Haath laga ke dekh’.

But in this post we’ll be focusing on the positive aspect of touching. How and why touching can sub-consciously lead to positive outcomes. By touching we mean, a gentle brief touch to the forearm, for example, not the touchy-feely kinds.

In the study ‘The Effect of Touch on Women’s Behaviour’ by N. Gueguen, French men randomly approached 240 young women by saying, “Hello. My name is Antoine. I just want to say that I think you’re really pretty – I need to go to work now – but if you’d give me your number – I’ll call you later – and we could have a drink together someplace.” If the women refused, they’d say, “Its not my day. Have a good evening.” If they got her number, they’d tell her it was just a study, and the women would laugh. With half the women, the young men added a light one-second touch to the woman’s forearm. The other half were not touched. I know what you are thinking – what would happen if it were India? But stay with me on this one. I’ll give you other examples to illustrate the point too.

Outcome: When the young men didn’t touch, their success rate was 10% and when they touched, it was 20%. Why did it happen? Women didn’t think like Antoine is such a good toucher. It happened because on a sub-conscious level, touch imparts a subliminal sense of caring and connection. Social neuroscientist pioneer Ralph Adolphs says that nerve fibers especially in the face and arm are directly connected to areas of the brain such as the insular cortex, which is associated with emotion.

Subtle touching, like briefly on the arm, has provided a positive outcome in many researches and experiments – from increasing tips for servers in restaurants and bars, to the servers suggestion to order a particular dish being accepted more often, to the increase in percentage of shoppers in a supermarket purchasing the food they sampled, to the proportion of shoppers in a mall willing to answer a survey, to a 2010 study of Basketball in Berkeley that found that the number of high fives, chest bumps, hugs, etc. correlated significantly with the degree of cooperation among teammates and wins.