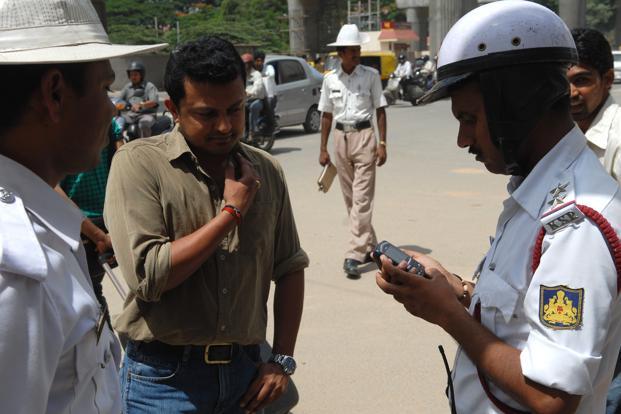 This article first appeared in Mint’s editorial column ‘Their View’ on 21st Dec, 2016

For the most part, designing policy has meant passing a law, a sanction or penalty that imposes a fine or imprisonment to effect desired behavioural change or action. It assumes that the connection between law and actual behavioural is linear. It assumes that people are aware of the law, realize it applies to them, that people weigh the costs of breaking the law with the risk of being caught, overcome the temptations of the moment, in favour of willpower and self-discipline, and comply.

However, in spite of alcohol being prohibited in Gujarat, Nagaland, and Bihar, it is still readily available in these states, and has helped create a network of bootleggers, liquor mafia, spurious liquor, and a complicit police. There are fines for not adhering to traffic laws like honking unnecessarily or not stopping the car before a zebra crossing, but they are far from being effective in getting people to take the desired action. There is a fine for littering, but our roads are strewn with litter. Even when retailers charge for plastic bags, its consumption continues to grow. Fines and sanctions curb people’s fundamental right to choose and, therefore, are met with resistance and are often counterproductive.

A nudge, on the other hand, is a way of encouraging or guiding behaviour without mandating, instructing, sanctioning or monetarily incentivizing. It leaves people with the freedom of choice and yet guides them to act positively. Instead of shutting down choices, a nudge changes behaviour with a lighter touch, a more empirical and behaviourally-focused approach to policymaking.

A pioneer in designing effective public policy by using behavioural design nudges is the Behavioural Insights Team (BIT) or the “Nudge Unit” of the UK. It was started in 2010, headed by David Halpern and advised by Richard Thaler, with the backing of then Prime Minister David Cameron. Like any new idea, it had its sceptics in government. But over the first two years itself, it demonstrated the value behavioural science could bring in designing policy, based on empirical methods, that led to better outcomes, easier services for the public and most importantly saved government money.

BIT conducts dozens of experiments in the form of randomized controlled trials or rapid low-cost trials in areas such as healthcare, tax, energy conservation, crime reduction, employment and economic growth. Among some of its popular work is how it helped the tax department collect more taxes. BIT worked with the tax department to send out different versions of letters to people who owed tax to test systematically if changing the wording based on behavioural science literature would make a difference. They tested whether adding a single sentence such as “most people pay their tax on time” would boost repayment rates. And it did. By several percentage points, bringing in tens of millions of pounds. It’s because social norms are powerful in getting people to take action. Wording can make a big difference in behaviour change—imagine 3G, 4G and Wi-Fi being reworded as “radiation”.

Another experiment was about motoring fines. It showed that adding an image of the owner’s car to the ticket, captured by the camera, made the owner significantly more likely to pay unpaid car tax. In a third experiment, they encouraged people to insulate their lofts or attics. Insulation reduces heat loss, reduces energy bills and costs much less compared to the overall monetary benefits, yet people weren’t insulating their lofts. They tested two offers—an attic-clearance service and extra discounts. The attic-clearance scheme was more than three times more popular than extra discounts because the biggest issue was attic clearance rather than cost.

In the area of employment, getting the unemployed to think about what they could do in the next two weeks, instead of asking what they had done in the previous two weeks, significantly increased the number of unemployed who got work faster, trimming millions of days off benefits. In behavioural science, such a nudge is termed “implementation intention”.

In the area of pensions, employees now automatically joined the company-sponsored pension scheme by default but still had the option of opting out. So now the default was automatic enrolment rather than actively choosing to do so, making good behaviour easy. That led to more than five million new pensioners. Behavioural science studies by David Laibson, Shlomo Benartzi and other behavioural scientists show that changing the default beats financial education hands down.