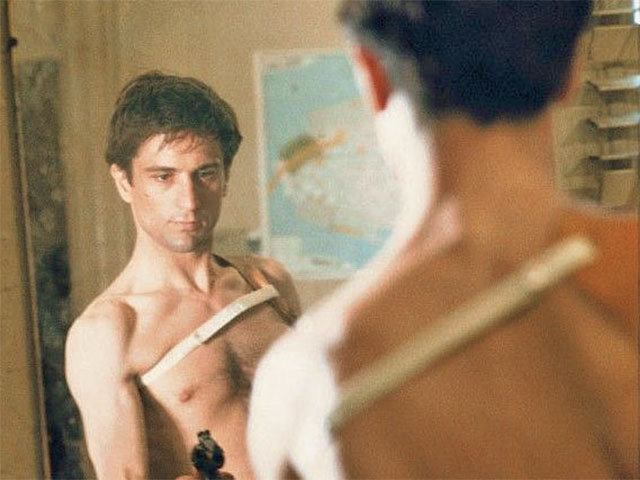 (The image is an exception to positive ways of using mirrors)

This article first appeared in The Economic Times (ET) on 31st March, 2017

A greater degree of self-awareness can make us conscious of what we think, say and do. Self-awareness seems to originate somewhere in the mind. It feels like we become aware of something when we look inside.

But there’s another way of making ourselves self-aware, and that’s literally by looking at ourselves in the mirror. Doing so causes us to reflect on our behaviour and act in more socially desirable ways. Several behavioural science studies validate this phenomenon.

In an interesting experiment, behavioural scientist Arthur Beaman and his colleagues called children to a known local house in the neighbourhood. Aresearch assistant pointed to a large bowl of candies on a nearby table and told the children that they could take one of the candies.

The research assistant then mentionedthat she had some work to do and exited the room, while another research assistant was secretly watching the kids through a hidden peephole. The experiment revealed that over a third of the kids (33.7 per cent) in this control group took more candy than they should have.

The behavioural scientists then called another bunch of kids to the house and repeated the same experiment.

For this test group, they angled a large mirror by the candy bowl in such a way that the kids had to look at themselves in the mirror when they took the candy. Theft rate in the test group was only 8.9 per cent compared to 33.7 per cent in the control group.

Says behavioural scientist Robert Cialdini, “Mirrors could reduce stealing or dishonesty and could even be seen as a good alternative to video surveillance, which is not only costly but sends a signal to people that they’re not trusted.”

In another experiment, led by behavioural scientists Carl Kallgren, Cialdini and R Reno, when participants arrived at their laboratory, half were exposed to a CCTV featuring their own image — it was almost like seeing themselves in a mirror — while the other half watched a CCTV featuring random geometric shapes. The participants were told that their heart rate was to be monitored, which involved placing some gel on their hand.

There are many studies including two more done by Melissa Bateson and Stacey Sentyrz-Brad Bushman, which have found that mirrors — or other possibilities that produce mirror-like effects — persuade us to behave in more socially desirable ways. People made self-aware are less likely to cheat.

Those made self-aware by acting in front of a mirror or TV camera exhibit increased self-control, and their actions more clearly reflect their attitudes. In other experiments done in front of a mirror, people taste-testing cream cheese have found to have eaten less of the high-fat variety.

We wouldn’t possibly be digging our noses if we saw ourselves in the mirror, would we? On a serious note, two practical behavioural design solutions come to my mind, based on such behavioural science experiments.

A second behavioural design solution could be placing mirrors in the corners of staircases of buildings that have stain marks caused by people spitting. Spitting is often an unconscious act where the spitter spits out of habit. A mirror is likely to make people who spit at corners of staircases conscious of their action, preventing them from spitting at those spots.

Sure, spitting in the outdoor environment needs a different behavioural design solution. But for spitting in staircases of buildings, mirrors could be tested to see if they reduce spitting.