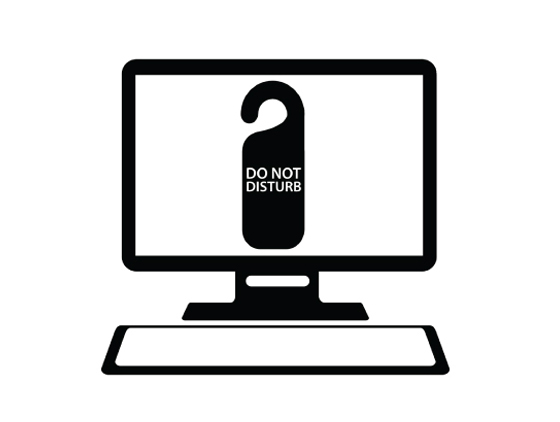 ‘Sterile cockpit’ is one of the rules of the airline industry, according to which anytime a plane is below 10,000 feet – whether on its way up or down – no conversation is permitted in the cockpit, except what’s directly relevant for flying. No talk about cricket, football, sex, nothing other than focusing on flying. The rule was developed after investigations showed that some aircraft crashes during the 1970s were caused when flight crews were distracted from their instruments by idle chatter in the cockpit.

Meanwhile one IT company had reduced new product development time from 3 years to 9 months due to competitive pressures. That led to a stressful environment. So when workers fell behind schedule, they tended to interrupt their colleagues for quick help and the managers would constantly wander by asking to be updated on projects. This led to software engineers getting interrupted more and more, leading to increased work hours and a vicious cycle of more work and more stress.

Leslie Perlow, a Harvard Business School professor, was apparently responsible for the company trying out a Behavioural Design experiment. They established quiet hours on Tuesday, Thursday and Friday mornings before noon. The attempt was to create a sterile cockpit allowing them to focus on complex bits of coding without being derailed by periodic interruptions.

In the end the group managed to meet its stringent 9-month development goal.

Though this was a very small simple nudge, such ‘right’ behaviors don’t happen naturally – they need to be designed.