Yes if it wants to induce cognitive dissonance – the feeling you get when behaviour and belief don’t match. Like when you gorge on that sizzling brownie with ice-cream and chocolate sauce when you know it’s going to make you put on. But then you say what the hell ‘Life is an ice-cream, enjoy it before it melts.’ Here’s an interesting way a company uses the same principle of cognitive dissonance to meet its hiring goals, by paying applicants to NOT take up the job. This complicated phenomenon is best explained by behavioural scientist Dan Ariely…

“There’s this interesting company called Zappos. Zappos is a shoe company. One of the interesting things about Zappos, is the hiring process.

They started by offering people $500. They increased it to $2000 and then increased it to $4000. Think about it. What a crazy idea. You come, you do a week of training. At the end of week of training they say we’ll pay you $4000 not to take the job. Now these are not highly paid people, these are people who are going to get paid $12, 14, 15 an hour to do customer service on the phone.

Why would Zappos pay people not to take the job? There are basically two reasons. The first reason – you actually don’t want the people who don’t like their jobs so much to be around because not only are they not going to do a good job, they’re going to pollute other people. And Zappos is a fantastic customer service company.

Can we change what we’ve done? No. We’ve done it already. Maybe we can change what we believe. And that actually happens quite a lot. You behave a certain way, and then you shift your belief to, to fit with that.

So what happened to Zappos? You have these $4,000. Now, it’s not as if Zappos is telling you, you know what, for the rest of your life every morning you could wake up and decide if you want to take the money or stay on the job. No, no. You have 48 hours. And if the end of 48 hours you decide not to take the money, you wake up every morning for the rest of your career at Zappos and you’ll tell yourself, I could have gotten $4000 but I decided to work at Zappos. That means that if I say no to this offer, then I am buying in. And because of that, you go to work much more excited.

Only 2% of Zappos trainees take the money and leave. Often they are the same people the trainers already had doubts about.” 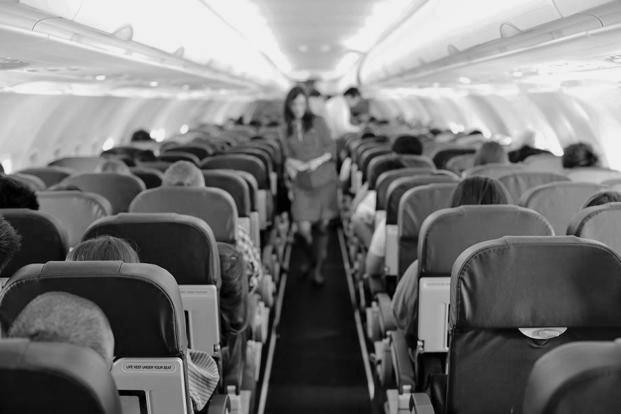 Recently it was reported that a 9W 697 Mumbai-Jaipur flight was turned back to Mumbai after take off as, during the climb the crew forgot to select the bleed switch to maintain cabin pressure. This resulted in the oxygen masks dropping. Thirty out of 166 passengers experienced nose and ear bleeding, some also complained of headache.

Aviation safety experts say such an incident was “extremely rare” as turning on the bleed switch is part of a check-list that pilots are expected to mandatorily adhere to. If turning on a switch that regulated cabin pressure is part of standard protocol, how could the pilots make such a simple, common-sensical error. And more importantly how can such errors be avoided in the future?

Traditional thinking suggests increasing the training of the pilots so that it makes them better and thereby avoid such errors. But training is not a full-proof method of ensuring human errors don’t get repeated. That’s because as long as humans need to rely on their memory to ensure the cabin pressure switch is turned on, errors are bound to happen. Sure check lists work. But that’s still a manual method of ensuring that the switch is turned on. And after repeatedly performing the tasks on the checklists over multiple flights, checklists themselves become routine habitual tasks done without much thinking. Also given that there are multiple tasks pilots need to perform in the 3-4 minutes after taking off, the chance of errors happening during those critical moments becomes high.

So instead of the pilot having to rely on their memory or routine check-lists, the answer to avoid such human errors lies in implementing simple behavioural design nudges. For example, if there was a continuous audio-visual reminder that the bleed switch had not been turned on, it would draw the pilot’s attention and it would be highly likely they would have turned it on. Such an audio-visual reminder was not present in this kind of an older generation of aircraft, and therefore the chance of human error increased.

The Japanese have a term for such error-proofing – poka yoke. This Japanese word means mistake proofing of equipment or processes to make them safe and reliable. These are simple, yet effective behavioural design features that make it almost impossible for errors to occur. The aim of error-proofing is to remove the need for people to think about the products or processes they are using. Some examples of behaviourally designed products used in everyday life are the microwave oven that doesn’t work until the door is shut or washing machines that start only when the door is shut and remains shut till the cycle is over. Elevator doors now have sensors that cause them to not close when there is an obstruction. This prevents injury to someone trying to enter as the doors are closing.

Human behaviour cannot be trusted to be as reliable as a machine. In fact, human behaviour is far from perfect. Yes, the people who operate expensive and complicated machines may be the best trained, but human errors in the form of simple error, lapse of judgment or failure to exercise due diligence are inevitable. According to Boeing, in the early days of flight, approximately 80 percent of accidents were caused by the machine and 20 percent were caused by human error. Today that statistic has reversed. Approximately 80 percent of airplane accidents are due to human error (pilots, air traffic controllers, mechanics, etc.) and 20 percent are due to machine (equipment) failures.

Another instance of how systems could be made safe by applying behavioural design is of airplane emergency evacuations. During the emergency landing of the Emirates flight EK521 at the Dubai airport in 2016, passengers were running to get their bags from the overhead cabins, instead of evacuating the plane. Only when the airplane staff began yelling at them to leave their bags and run, did the passengers finally pay heed to their calls and evacuate. Just a few minutes after the evacuation, the plane caught fire. It was a near miss situation. Had even a few passengers waited to get their bags from the overhead cabins, many of them would have got engulfed in fire. Again the natural instinct to correct such a situation would be to train people to evacuate and get them to listen to the flight’s safety instructions. But behavioural science studies have proven that such efforts are time-consuming, money-draining, unscalable and most importantly ineffective at changing human behaviour. In such an emergency situation, if the overhead cabins were automatically locked, with a label “Locked due to emergency”, passengers would not waste time trying to open them. That would in turn get passengers to behave in the desired manner and evacuate faster.

Sometimes behavioural design nudges are intuitive. Other times they are counter-intuitive. In a fire-drill experiment by behavioural scientist Daniel Pink, he found that placing an obstacle like pillar in the middle of a doorway got people to exit a hall 18% faster than without the pillar. The pillar was an obstacle but it split up people into two streams at the exit. That got people to use each side of the door, which in turn made the flow of people exiting the hall a lot smoother and faster. When the pillar wasn’t there to separate them at the exit, people bottle-necked at the door making the exit slower. Likewise, behavioural design could go a long way to design safer buildings, machines and systems and reduce human errors. 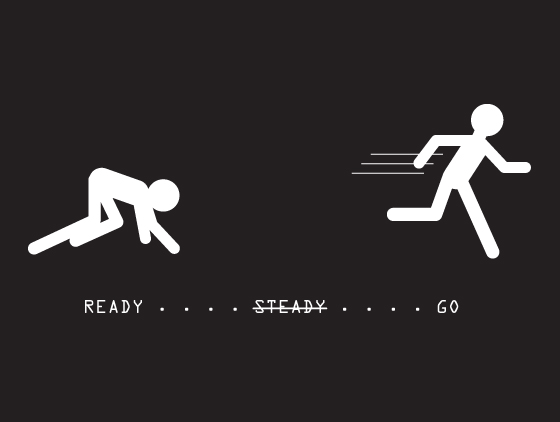 Any event that has a good ending is good even if some things went wrong along the way. That’s why ‘All’s well that ends well’. But ‘All’s well that begins well’ can be true too. Especially in the case of customer loyalty programs. Every retailer looks to increasing customer loyalty by offering incentive programs like frequent flyer programs or a club membership program. But amongst so many kind of programs which ones manage to perform better?

Behavioural researchers Joseph Nunes and Xavier Dreze conducted a research to find out. They handed loyalty cards to 300 customers of a local car wash. Every time the car was washed the loyalty card was stamped. There were two types of cards: one required 8 stamps to receive a free car wash and the other required 10 stamps, but 2 stamps were already affixed to the loyalty card. So both cards required 8 washes to get the free car wash.

After several months of the researched program, the researchers found only 19% of customers in the 8-stamp group made enough visits to claim their free wash compared to 34% of the 10-stamp, All’s-well-that-begins-well group. The latter group also took less time to complete their 8th wash, taking an average of 2.9 fewer days between car washes.

According to Nunes and Dreze, reframing the program as one that’s been started but not completed, rather than one that’s not yet begun, motivated people to complete it. Additional findings from research suggested that the closer people got to complete a goal, the more effort they exerted to achieve that goal. Data revealed that the amount of time between visits decreased by about half a day on average with every additional car wash that was purchased.

Now we know when to ask people for help on a project. One that’s already underway but incomplete, rather than one that has to start from scratch, is likely to be the project that gets help. So get started, help will be on its way. 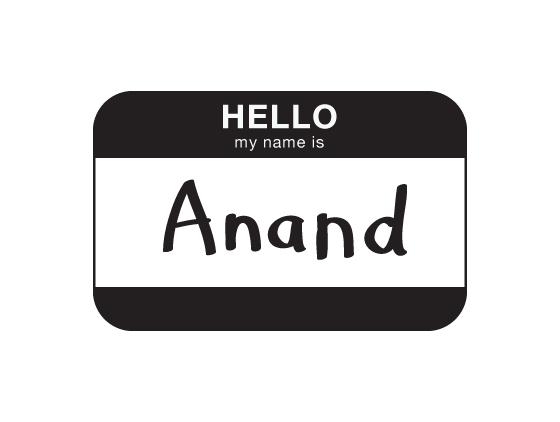 Everyone I know who is told that his/her name is common gets peeved, including myself. But hey we found one huge benefit of having a common name.

Findings such as this one show the power and subtlety of similarity as a cue that people use to decide whom to help. That’s why pointing out similarities in any domain, including names, birth dates, religion, hometowns, schools, alma mater, etc. in discussions with any person before making your request or presentation could get you a favorable response.

Alternatively, if you’re designing a program/project/initiative/product for a particular client, you can harness the power of people’s natural tendency to be attracted to things that remind them of themselves in the name, title or label that you give it.