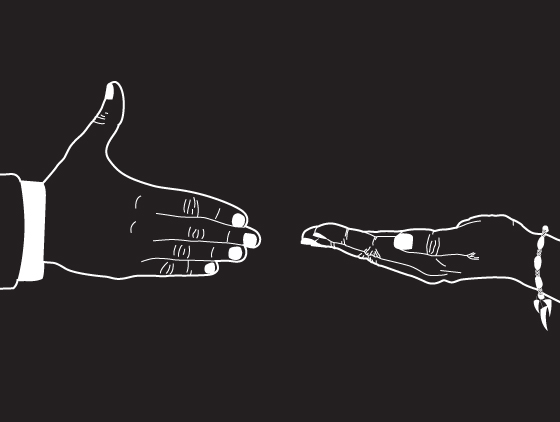 Here’s the second in the series on how fairness is interpreted differently by people around the world.

Joseph Henrich conducted a money-splitting experiment amongst UCLA students. He decided to use $160 for the experiment, which translated to 2.3 days worth of work. The rules – a student was given the money and was supposed to share a part with another undisclosed untraceable student. But if this student rejected the offer, both would walk away with nothing.

The most common split offered by students to another was 50/50, which the receiving partner always accepted. The participants said, “If I offered less than half, my partner wouldn’t accept the offer.” When asked if the recipients would accept an 80/20 offer – all of the partners scoffed, “that would be unfair”.

Then Henrich took the experiment to one of the most remote places on earth in the Peruvian Amazon – the Machiguenga tribe – that live in small villages, each family being self-sufficient, making its own tools and gathering its own food. Using a sum of 20 Peruvian soles that came to 2.3 days worth of work, Henrich conducted the same money-splitting experiment.

The Machiguenga participants offered incredibly low sums to their partners. Most offered an 85/15 split favoring the person making the offer. And the partners nearly always accepted them. Explained Henrich, “Several individuals made it clear they would accept any money, regardless of how much the proposer (splitter) was getting. They seemed to feel it was just bad luck that they were responders and not proposers.”

Some tribe members did offer 50/50 and when Henrich interviewed them he found out each one of these people had spent considerable time living among modern Westerners and felt that 50/50 split was the fair thing to do.

In the Amazon jungle it’s finders keepers, unlike US, Japan, Indonesia or Israel for that matter. It will be fascinating to conduct this experiment in different parts of India to find out what Indians from different states, castes and cultures deem fair.

Source: Does culture matter in economic behavior? Ultimate game bargaining among the Machiguenga of the Peruvian Amazon – Amercian Economic Review 90 (2000): 973-79.