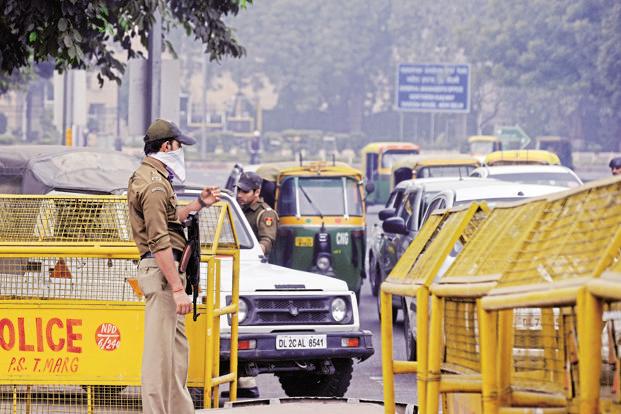 This editorial article first appeared in Mint on 21st March, 2017

Road safety is not just about creating infrastructure. It is about designing behavioural solutions that take human biases and irrational behaviour into consideration. When the roads are smooth, wide and empty, drivers are likely to speed. If the car being driven is big and tough, the driver feels much safer compared to driving say, a small hatchback. That makes drivers over-compensate and take undue risks. Regular speed limit signs are ineffective at getting drivers to slow down, because drivers don’t choose the speed based on speed limit signs. Rather, drivers simply go with the flow depending upon the width and smoothness of the road and traffic conditions.

To get drivers to reduce speeding, there have been several effective behavioural design nudges implemented around the world. At the curve of Chicago’s Lake Shore Drive and Oak Street, a series of horizontal white stripes have been painted on the road, that get progressively narrower as drivers approach the sharpest point of the curve, giving them the illusion of speeding up, and nudging them to tap their brakes.

According to an analysis conducted by the city’s traffic engineers, there were 36% fewer crashes in the six months after the lines were painted compared to the same six-month period the year before. Similar behavioural design nudges are now being applied in China and Israel to curb speeding.

In another trial in the UK conducted by Norfolk County Council, more than 200 trees were planted on the approach roads in north Norfolk which had a history of speeding problems. Results found that drivers reduced their speed by an average of 2 miles per hour. Again, as the car approached the village, the trees, planted closer and closer together, gave the impression that the vehicle was moving faster. This encouraged the motorists to slow down.

In another experiment in the US, the Virginia department of transportation painted zigzag white markings instead of the familiar straight dashed lines, to caution drivers approaching the road-crossing intersection used by pedestrians and bicyclists. They found that zigzag markings slowed average vehicle speeds and increased motorists’ awareness of pedestrians and cyclists. They also noted that the effects of the behavioural design didn’t wear off once motorists became used to it—they still slowed down a year after installation.

Rationally speaking, people shouldn’t be breaking signals because they wouldn’t be acting in their self-interest by putting themselves in harm’s way. But human behaviour is not rational. Drivers honk even when there is no way that honking could clear a traffic jam. Even when the signal is still red, there are drivers who honk. Therefore, rational ways of changing behaviour like educating people or creating awareness-based campaigns are ineffective. What’s effective at getting people to reduce honking is “bleep”—a red button on the dashboard of a car that beeps and flashes when the driver presses the horn. To switch off the red button, the driver has to press it. This behavioural design nudge breaks the habit of drivers’ honking because now each time drivers want to honk, “bleep” makes them deliberate whether they should honk or not. Bleep has been shown to reduce drivers honking by 61% in a six-month and 3,800km-long experiment in Mumbai.

Behavioural design needs to be applied at pedestrian crossings at traffic-signal junctions. At various traffic junctions, there are two signals in view—one signal placed just after the zebra crossing and the second signal on the other side of the junction once you’ve crossed it. That makes drivers keep inching forward, not stopping at the zebra crossing and thus not allowing pedestrians to cross. So to get cars to stop at the zebra crossing, only one traffic signal needs to be placed just before the zebra-crossing stripes begin, so that drivers have no option but to stop to get a view of the one and only traffic signal.