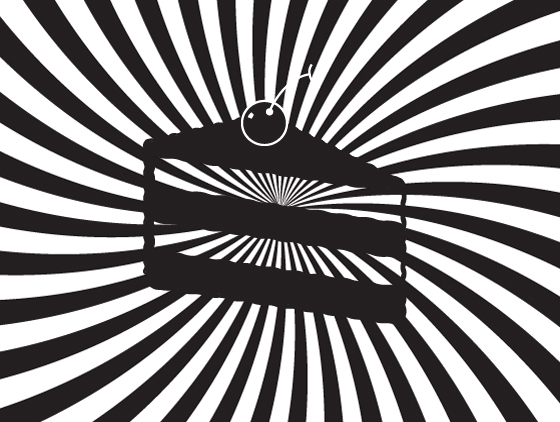 Just glancing at a photo of a rich and gooey chocolate cake can set your brain circuits sparking, switching on cravings and revving up your appetite.

The proof is in the brain scans. Researchers found that when people stare at sugary treats, regions of the brain known to be involved in appetite control and pleasure and reward light up, according to the study presented at the annual meeting of the Endocrine Society.

The new study parallels earlier research in cocaine addicts. When addicts were shown anti-drug commercials that included crossed-out needles, the brain regions associated with pleasure fired up and the addicts reported increased craving. Contrary to public health officials’ plans, only the needles registered in the addicts’ brains, not the big red Xs crossing them out.

Dr. Kathleen Page, a professor of medicine at the University of Southern California says “We see parallels between substances of abuse, like cocaine, and highly palatable foods. Some of the same brain regions light up.”

Page and her colleagues scanned brains of obese Hispanic women looking at images of alluring foods such as cupcakes, chocolate cake and chocolate chip cookies. “What we saw was that the regions of the brain that are involved in reward and hunger lit up,” Page said. The women, who were also asked to rate their appetite at the beginning and end of the experiment, reported greater hunger and desire for food after looking at the photos.

And in an intriguing second experiment, the researchers asked the women to each consume a sugary drink of approximately 200 calories. Then the researchers repeated the scans as before with the women looking at photos of tasty treats.

“Surprisingly, consumption of the sugar drink actually increased the ratings of hunger and desire,” Page said. “We didn’t predict a hunger increase with the sugar drink. Apparently the brain saw it as an appetizer.”

It’s not clear how average people can protect themselves from photos of tempting treats, Page said. And it’s funny, but when I conducted the studies and looked at the pictures myself, I was thinking, I could eat a piece of chocolate cake right now.