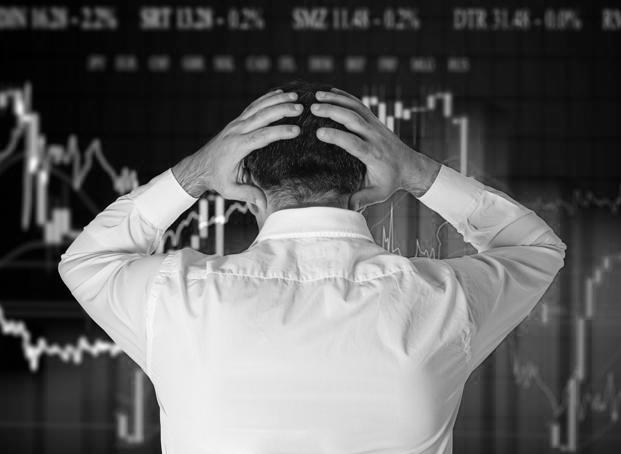 Studies by Nobel-winning behavioural scientist Daniel Kahneman and his colleague Amos Tversky have found that 92% of people find the second condition worse. The mistake of an action seems worse than a mistake from inaction. It generates more regret because the first condition is like an opportunity lost whereas the second condition is an actual loss. The second condition translates to seeing oneself as a loser, but not the first. The monetary loss is followed by a psychological loss from admitting you made a mistake. That’s why losses cause a lot of pain.

The region of the brain associated with evaluating negative emotions like pain and disgust is called ‘insula’. When people smell vomit or see a cockroach, the insula bursts into action. The insula also lights up when we lose money. In a study by M.P. Paulus et al, the insula was roughly three times as active after people lost money as it was after they won money. The more intensely the insula fired, the more likely the person was to pick a lower-risk option the next time.

Losing money on an investment is like smelling rotten food, it’s disgusting. We try to move away from it, wipe it off our memory and want to wash our hands off it. That explains why investors, including me, find it difficult to sell an investment when its price is down, since the notional loss will now get converted into actual loss. That makes most people like to believe that the price of the loser investment will go up one day and that’s when we’ll sell it. The thinking goes, ‘If we sell it now and it bounces back, we would have made two mistakes —one buying high and two selling low. If we hold on and it bounces back, we will feel much better.’ However, if we hold on and it doesn’t bounce back, it will be a bigger loss than had we sold it. Hanging on makes sense only if we believe that the investment has value and that value is more than the existing low price of the investment. However, that’s a tough decision which leaves most investors paralytic.

An analysis of 2 million transactions of Finnish investors by behavioural scientists Hersh Shefrin and Meir Statman, found that they are 32% less likely to sell a stock after a sharp fall in price. Professional money managers in Israel cling to their losing stocks for an average of 55 days—more than twice as long as they hold winners. A study by David Harless and Steven Peterson that looked at 97,000 trades, found that investors cashed in on 51% more of their gains than their losses, even they could have raised their average annual returns though by 3.4% points if they had held on to winners and dumped the losers. The study by Martin Weber and Colin Camerer found that among 450,000 trades in 8,000 accounts at a brokerage firm, 21.5% of clients never sold a single stock that had dropped in price. Researchers Zur Shapira and Itzhak Venezia found that new mutual fund managers sold 100% of the stocks ranked at the bottom, implying that their predecessors would have been paralyzed by their own mistakes that only a new person could clean the portfolio. Karl Case and Robert Shiller find that people trying to sell their house hold out longer when they are facing a loss, and will often take the house off the market and not sell, rather than lose money on it.

Dealing with losses is painful, but thinking about the loss differently could help. One behavioural design solution could be to find another investment that you would like to put money into. Think of the proceeds as funding the new investment by selling the loser investment. It will help you generate cash for buying the new investment and you can write off the loss to offset your capital gains and reduce your taxable income. Moreover, the learning of what went wrong should be undertaken by introspecting why the loser investment was originally bought and why its value had changed over time. If the investment still has value and potential, then holding on would make sense. If not, the faster you can sell, the lesser will be your loss.